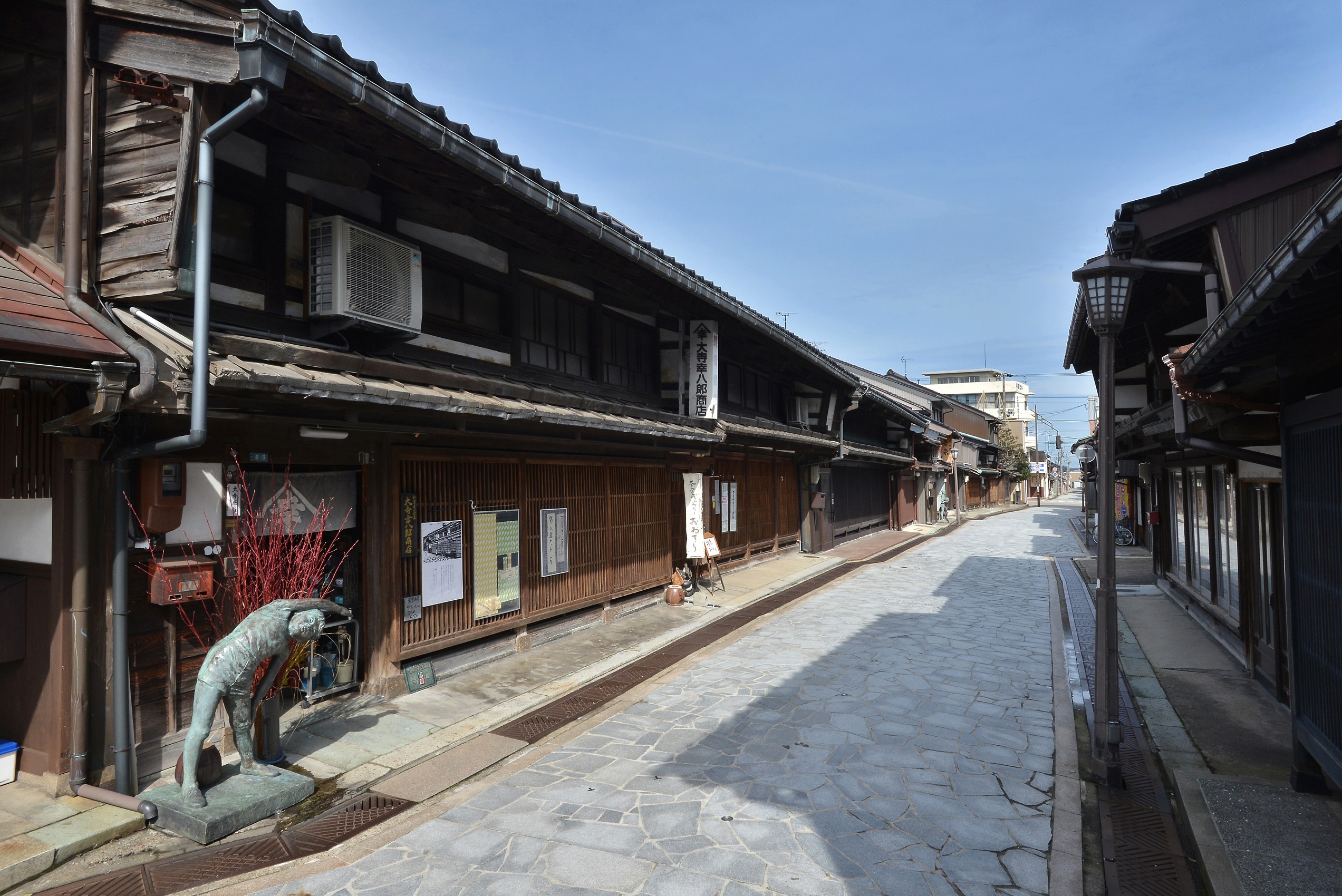 Shortly after the construction of Takaoka Castle, Toshinaga Maeda, the second lord of the Kaga Domain invited seven metal casters from Nishibu-Kanaya in Tonami to the Kanayamachi area. Providing the metal casters with plots of land measuring 180 meters long and 90 meters wide, Lord Maeda established the town’s very first metal foundries. Furthermore, Toshinaga Maeda also watched over the metal casters, granting them tax exemptions and other very special privileges. As a result, the metal casting industry became firmly rooted within Kanayamachi – a place which is now regarded as the birthplace of the area. Traditional lattice-front houses still line the stone paved street of Kanayamachi, preserving the area’s four hundred year old beauty. In 2012, Kanayamachi became the first of all of Japan’s metal casting towns designated as an area of Important Preservation District of Historic Buildings.
The Kanayamachi area especially comes to life on the 20th June during the time of the Goinsai Festival – A festival of gratitude and thanks in memory of Toshinaga Maeda. A particular highlight of the festival is the “Yagaefu Machi Nagashi” where locals of all ages dance the streets of Kanayamachi to the tune of the old metal casters’ work song, the night before the day of the festival.