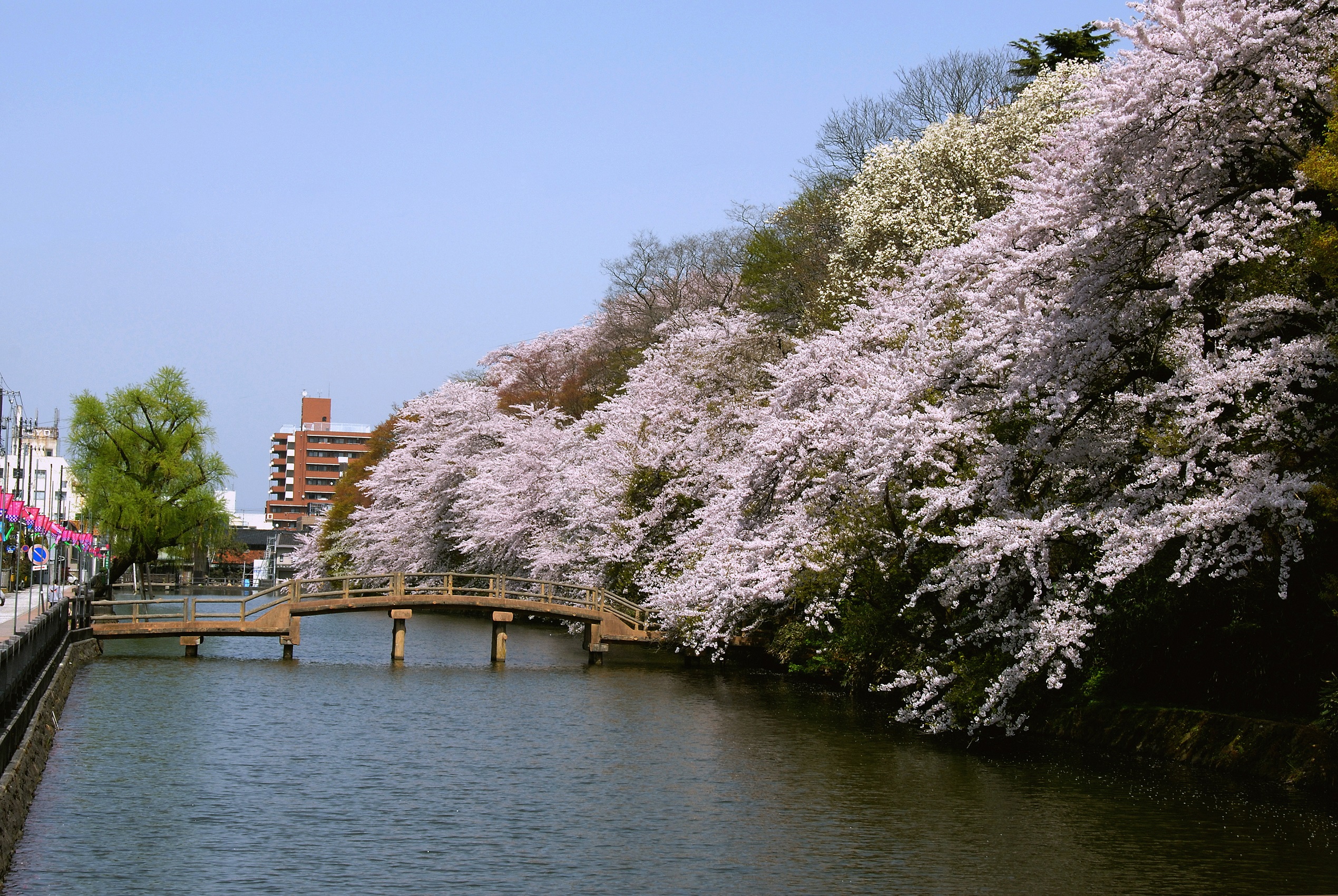 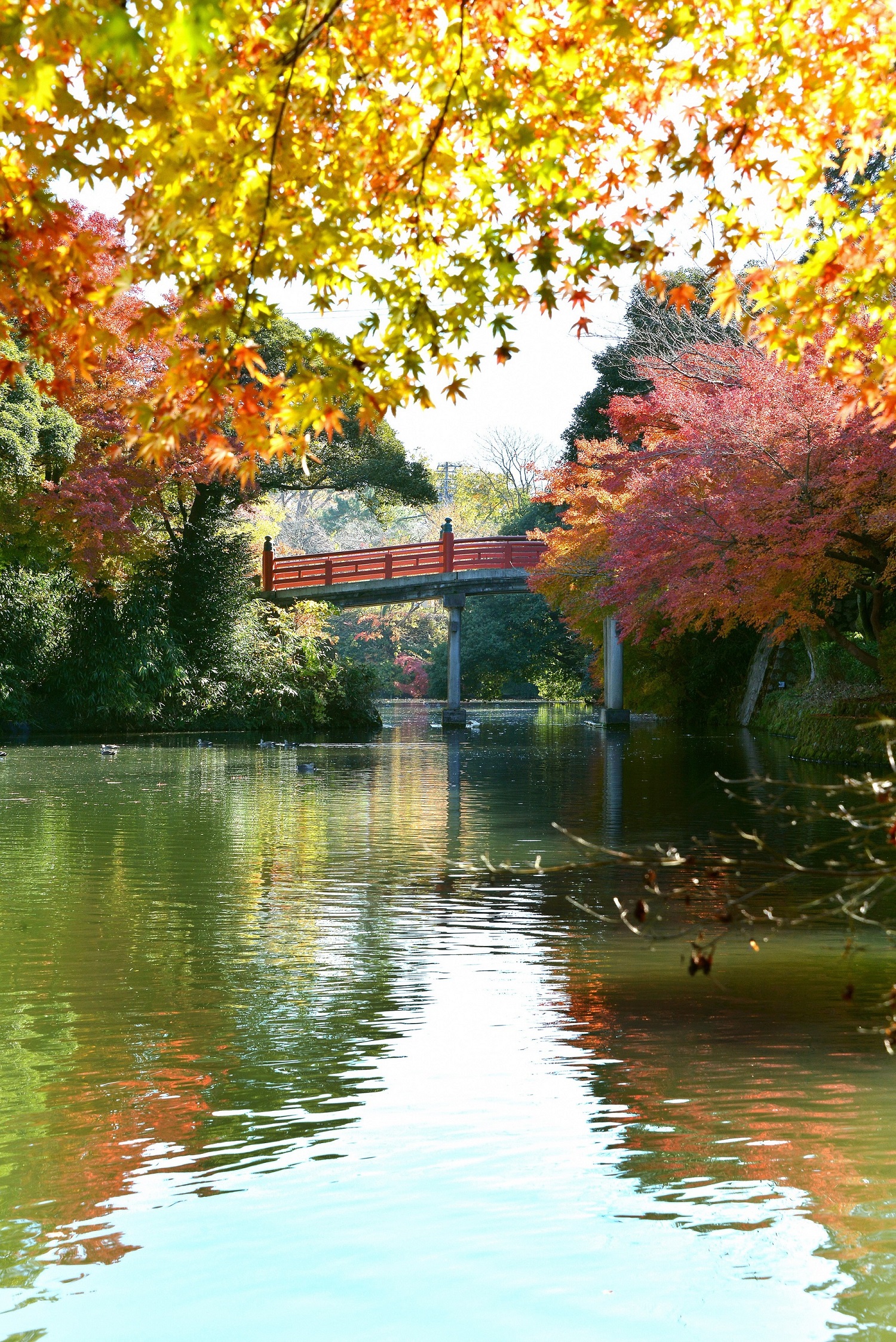 The remains of Takaoka Castle that was built by Toshinaga Maeda were recreated into a park in the late 19th Century. The castle moat makes up a third of the park creating a pleasant space for relaxation.The castle and moat district is about 400 years old, making it a rare and valuable castle remains.